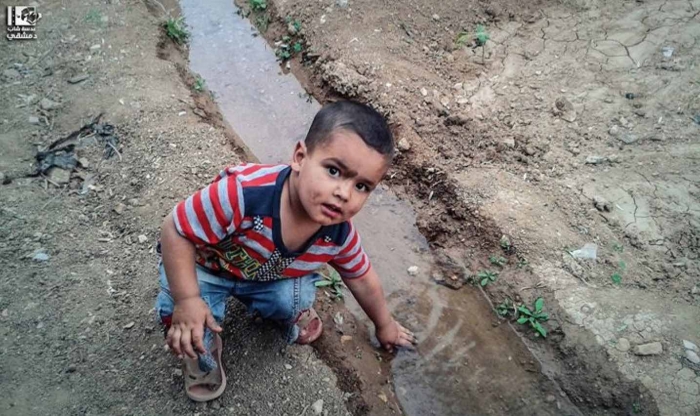 As part of the systematic forced displacement and demographic changes it carries out in the Damascus suburbs, the Assad regime has sent orders to residents of Moadamiya to evacuate the district. The regime has also threatened that it would annihilate the district if rebels do not surrender their weapons.

Approximately 45,000 civilians, half of them women and children, have been struggling to survive in the besieged district since 2013. Regime forces have blocked the entry of food and medical supplies to the district and erected earthen barricades around it. Moreover, regime forces have repeatedly violated the truce agreed with local rebels in 2013, under the auspices of the UN envoy to Syria, by bombing the town with heavy weapons and barrel bombs.

In a statement issued on Thursday, the Syrian National Coalition’s legal committee called upon the Arab League, the United Nations, and UN Special Envoy to Syria Staffan de Mistura to assume their responsibilities and act immediately to save the lives of innocent civilians from an imminent massacre in Moadamiya.

The committee also called on the UN Security Council to act urgently in order to protect civilians in the town in line with resolutions 2139, 2165 and 2254, which call on the Assad regime to stop all attacks against civilians, lift the siege and allow the entry of humanitarian aid.

The committee also called upon all international human rights organizations to put pressure on the international community to act to prevent an imminent massacre in Moadamiya. The committee added that Bashar al-Assad and his brother, Maher, must be held responsible for any atrocities against the town as the troops besieging it are under their direct command, namely the Republican Guard and the Fourth Division.