Opposition factions, including Nusra Front, advance in surrounding district of Sheikh Miskeen following its capture by regime forces a week ago 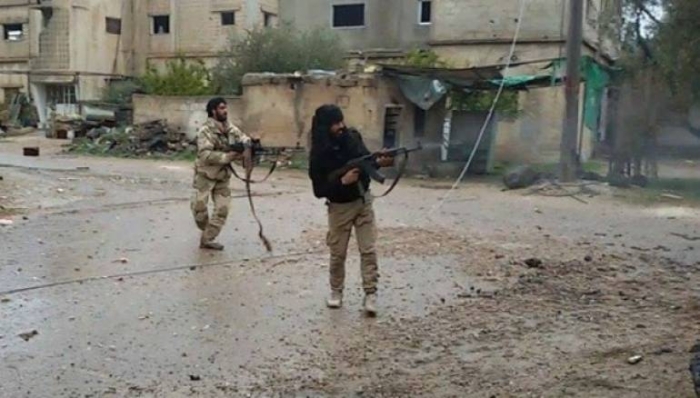 Fauzi al-Nassar, commander of al-Sanamayn Martyrs Brigade, said rebels have achieved progress in the surrounding district of Sheikh Miskeen that was captured by the regime army a week ago.

Regime army forces backed by fighters from Lebanon's Hezbollah launched a major offensive two weeks ago, seeking to control the town and its powerful air base, Brigade 82.

Rebel groups, including Al-Qaeda’s Nusra Front, had been in control of Sheikh Miskeen and Brigade 82 since last year.

Most of Daraa province is controlled by opposition forces, although the government holds parts of the provincial capital and a few villages in the northwest of the province.

Daraa is often dubbed the "cradle" of the uprising against President Bashar al-Assad that began with protests in March 2011.