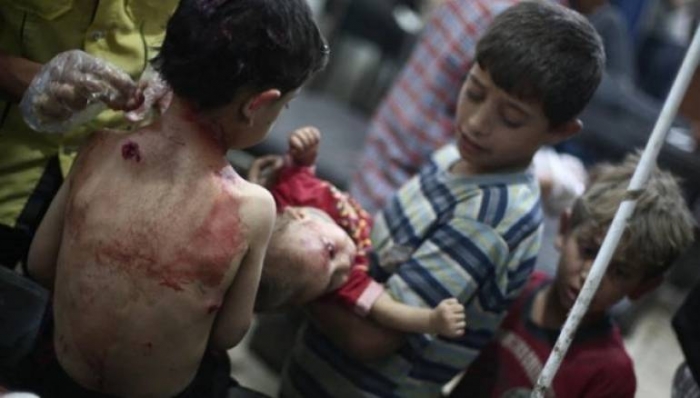 In the southern suburbs of Ghouta, regime forces pounded the towns of Moadamiya and Daraya with barrel bombs and surface-to-surface missiles.

Syrian Republican Guards and the notorious 4th Division have stepped up their siege on Moadamiya and Daraya over the past two weeks as rebels refuse to surrender or evacuate the towns as fellow fighters had agreed to in Homs and Zabadani.