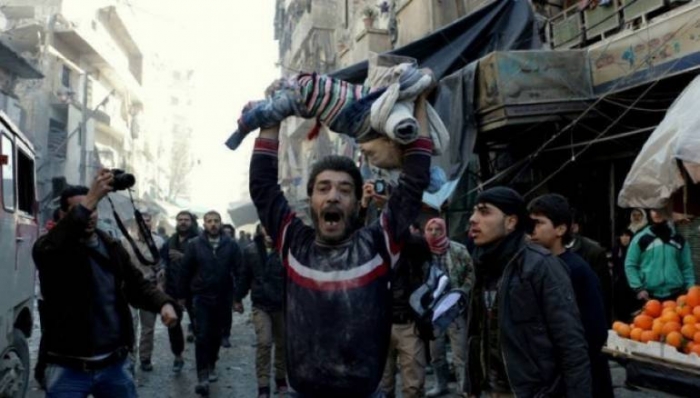 At least 15 civilians were killed on Saturday in Russian air strikes on rebel-held Aleppo, activists said.

Seven people were killed in the neighborhood of al-Sakhour when Russian warplanes fired vacuum missiles into the local marketplace, a Zaman al-Wasl reporter said.

Another eight people were killed in the town of Ma'rasset al-Khan in the northern countryside.

The main opposition bloc, the Syrian National Coalition, said in a report that it had documented the deaths of 1,730 civilians due to Russian air strikes since their launch in September 2015.

At least 135 children were among those killed, the Coalition said, adding that over 29 hospitals were destroyed in the strikes, in addition to schools, homes and places of worship.

Russia says its target is Islamic State militants and other "terrorists", adding that the report was biased and contained unsupported claims.