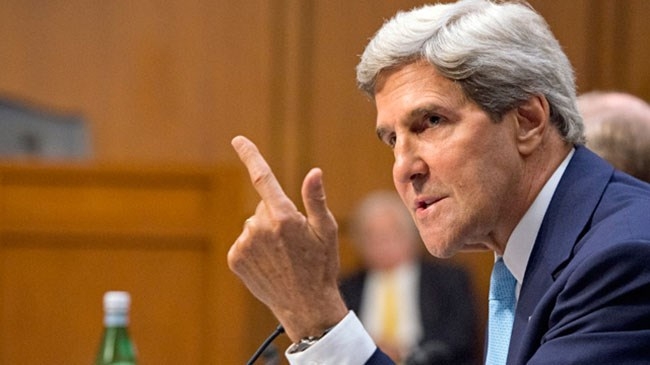 The Syrian National Coalition’s Ambassador to Paris has said that US Secretary of State John Kerry is pressuring the Syrian opposition to go to Geneva III without any preconditions.

Mr. Munzer Makhos said that Kerry threatened to stop supporting the political opposition body in the event they failed to attend the peace talks.

Makhos said Kerry rejected the opposition’s precondition to stop the shelling and siege on civilians before commencing talks in Geneva.

According to Makhos, the top US diplomat is also pressuring the opposition to make changes to its negotiations delegation team.

He said Kerry told the head of the Syrian opposition’s High Committee for Negotiations Riad Hijab that the transition will require a national government, which was interpreted as a government under the Assad regime.