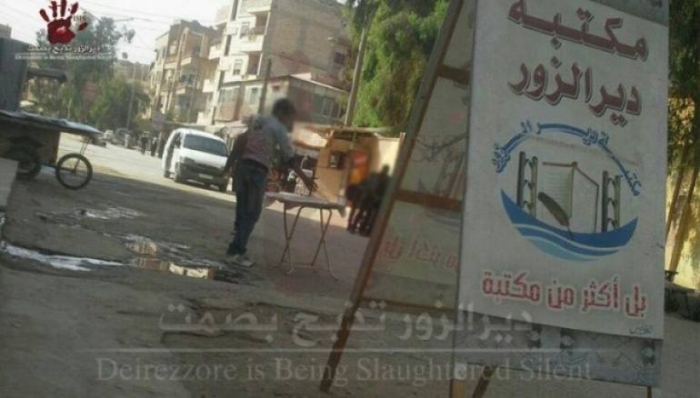 Regime forces in the city of Deir-ez-Zor have started transporting families of police officers to Damascus and the coastal region by plane while preventing other residents from leaving areas under its control.

A local activist explained that numbers are still small and limited to families of officers and members who were killed or injured during the last battle with the Islamic State group. According to the activist, military helicopters move the families to Qamishli where they are then transferred via ordinary flights to Damascus or Lattakia, organized by Maj. Gen. Mohammed Khadour, commander of operations in the eastern region.

The Facebook page of Free Deir-ez-Zor Radio reported that the Syrian regime had pushed police officers to fight against ISIS in the city, while around 50 police officers are known to have fought on the Baghila front.

Almost 200,000 civilians live in Dier-ez-Zor, most of them under siege, in the regime-held neighborhoods of Joora, Qosoor, Harabish, while the rest live in areas controlled by ISIS and they are subject to frequent air strikes by the US-led coaltion, Russia and the regime.

After more than three months of heavy fighting, ISIS fighters defeated local rebels, capturing most of the province, in exception for a part of the city center, the military airport and a number of surrounding towns, which remain under control of the Assad regime.