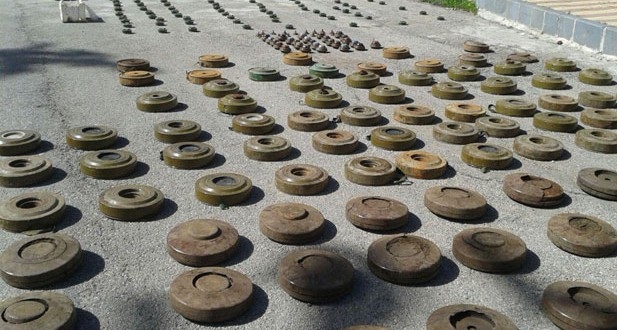 A woman was killed and three people were injured when a landmine planted by Islamic State militants exploded in the countryside of Hassakeh province.

A source at the Hassakah Police Command told SANA on Monday that a landmine exploded in al-Nofaliyeh village southwest of Hassakah city, killing one woman and injuring two youths and a woman.

Later, the source reported that terrorists detonated a “sound bomb” near Kendi Park in the center of Qamishli city, injuring one person.

On Sunday, two children were injured when a landmine and a bomb exploded in al-Homar al-Sharqiyeh village and Al-Shaddadah city in Hassakeh province.