Terrorist organizations must be stopped from financing their activities with stolen cultural property, head of antiquities tells audience in France 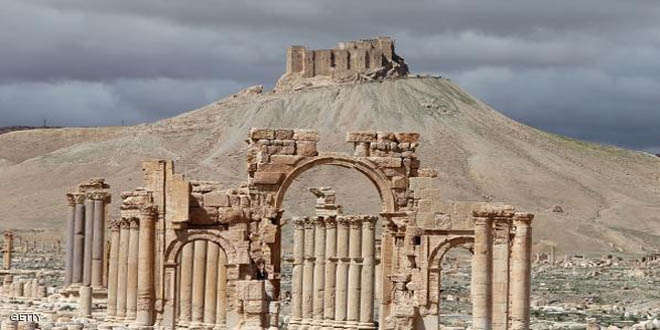 Syria’s head of antiquities and museums has called on the international community to help end the looting of the country’s cultural heritage by terrorist organizations.

During a meeting with INTERPOL representatives in France, Dr. Maamoun Abdulkarim called on Syria’s neighboring countries to beef up border control in order to prevent the smuggling of cultural property.

Dr. Abdulkarim pointed to the increasing illegal excavation and theft of artifacts by terrorist organizations, adding that the Islamic State group has destroyed irreplaceable artifacts and is looting hundreds of archaeological sites as a means of financing terrorism.

He reviewed the measures adopted by the Directorate of Antiquities and Museums since the beginning of the terrorist war on Syria, noting that they contributed to protecting museums and helped restore around 6,500 smuggled artifacts in cooperation with authorities and local communities.