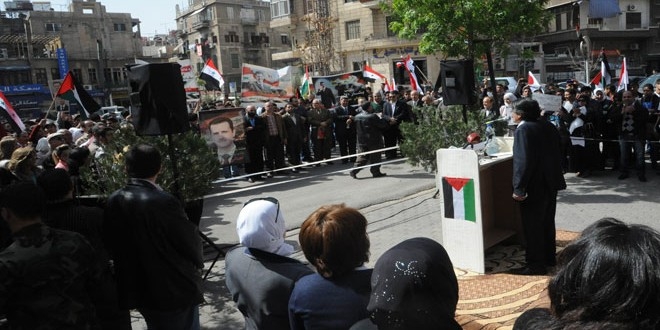 Residents in the Burj al-Rous district of Damascus on Thursday staged a public gathering to stress the importance of broader participation in the upcoming parliamentary elections.

Dr. Wael al-Imam, secretary of the Arab Socialist Baath Party's Damascus branch, addressed the crowd saying that heading to ballot boxes will be a message that Syrians believe in democracy and freely practice their right to self-determination.

Participants at the event said they aim to elect trustworthy representatives who care about Syria’s unity and territorial integrity. The parliamentary elections were set to be held on April 13.