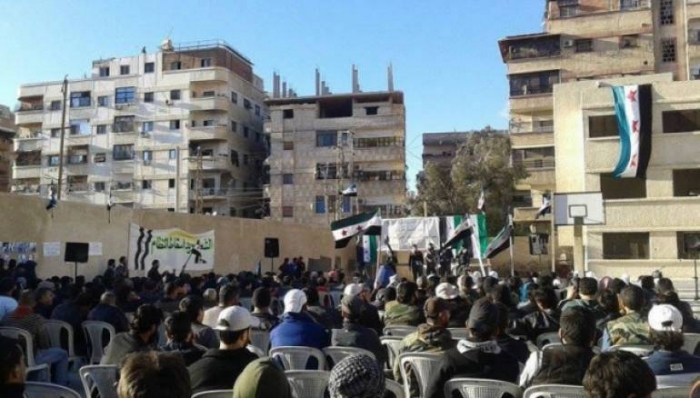 Dozens of rallies took place in rebel-held territories across Syria as the war-torn country marked the fifth anniversary of the Syrian revolution.

Demonstrators waved the revolution’s flag as they repeated their five-year-old demand, “the people want to bring down the regime.”

In a surprise move, Russian President Vladimir Putin ordered his troops on Monday to withdraw from Syria after a fierce military campaign in support of Bashar al-Assad began on September 30.

The Russian aerial bombing killed thousands of Syrians and turned the tide in favor of the Assad regime as some reports have claimed evidence of Russian involvement in war crimes in Syria.

Salim al-Muslat, opposition spokesman for the ongoing Geneva talks, said on Tuesday that the Russian withdrawal could lead to an end to the conflict.