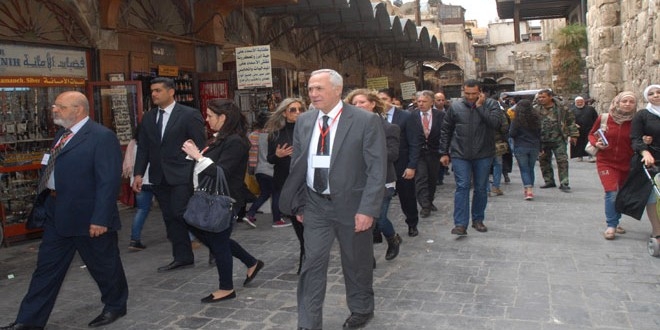 A French parliamentary delegation visited the Syrian capital Damascus late last week to witness the reality of events in the war-torn country on behalf of the French people.

In statements to SANA, delegation members said the trip shows the French people’s solidarity with the Syrians, noting that France has a real desire to reestablish ties with Syria.

The delegation expressed hope that the Syrian army will liberate more areas from the grip of militants, while French senator Jean-Pierre Vial stressed the importance of the Syrian army’s victories in the war against terrorism, particularly its recent recapture of the ancient city of Palmyra.