Twelve Hezbollah members were killed by the brutal attack launched by the Nusra Front, Syrian opposition and fighting factions 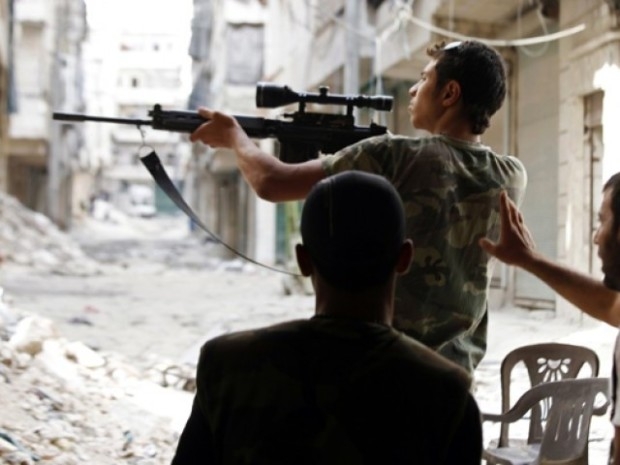 According to “Mashriq” news agency, the two IRGC members killed are Saeed Mosafir (30 years old) and Jamall Razi (35 years old). The two allegedly joined the IRGC in the Gilan Province, located north of Iran. Mosafir and Razi were killed during a suggestive “advisory mission” in Aleppo.

The agency set the number of Gilan IRGC members’ death toll in Syria to 11.

The Syrian Observatory for Human Rights revealed that at least 12 Hezbollah members were killed by the brutal attack launched by al-Nusra Front, Syrian Opposition and fighting factions a day ago, after taking control of Al-Eis.

Syrian Observatory for Human Rights’ chief, Rami Abdel Rahman, told Asharq Al-Awsat that regime forces entered Al-Qaryatain a day ago, yet only managed to seize control over roughly half the town.

Rahman negated all the regime’s acclamations on completely controlling Al-Qaryatain. “Just like what had happened in Palmyra, the regime announced complete control as soon as forces breached the area, simply to improve soldier morale prior to it effectively posing full control, which was two days later; the same thing is happening in Al-Qaryatain now.”

The Syrian Observatory pointed out that clashes are ongoing in eastern and southeastern zones controlled by ISIS, amid a collapse in the terrorist organization’s lines. The observatory added that regime forces are supported by Syrian and Russian air forces which enabled troops to control over half the town.

The Syrian Observatory for Human Rights’ chief Rahman told AFP news agency that regime forces now control over half of Al-Qaryatain which is considered the last ISIS stronghold in the Homs governorate.

Rahman clarified that the Al-Qaryatain battle is a part of the same military operation instigated in March by regime forces to expel ISIS from Palmyra.