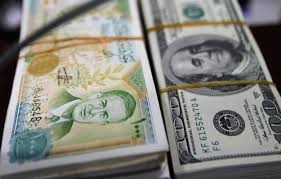 The Central Bank of Syria (CBS) on Wednesday held an intervention session to address the latest developments regarding the exchange rate of the Syrian pound, with representatives of currency exchange companies and the media attending the session.

At the session, CBS Governor Adib Mayyaleh talked about the fluctuations in the pound exchange rate which occurred despite recent military achievements and improvements in the economy. The Governor asserted that the CBS is continuing its positive intervention on a daily basis via banks and exchange companies.

Mayyaleh asserted that the CBS is ready to provide the foreign currency needed for commercial and non-commercial purposes, such as medical treatment and education, calling on exchange companies to refrain from collecting any extra marginal profits no matter how slim.

He stated that “very stern steps will be taken against those who manipulate the exchange rate at this juncture,” noting that the CBS received information that ties the fluctuations in the market to actions taken by some exchange companies.

Mayyaleh said that the Central Bank and the authorities are following up on the leads, adding that there are sides which are constantly trying to undermine any effort to stabilize the exchange rate.