Talks must focus on forming a transitional governing body to lay the groundwork for a new constitution and ensure national elections are held, says political opposition body 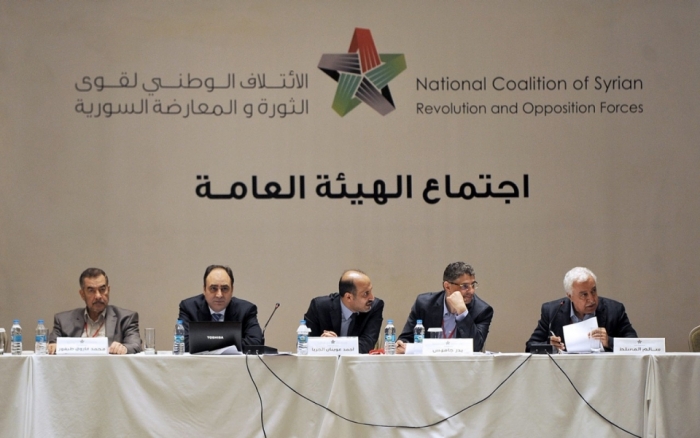 The next round of talks in Geneva must discuss the complete political transition in Syria in line with the Geneva communiqué of 2012 and UN Security Council resolutions, the opposition Syrian National Coalition stressed during a meeting with US special envoy to Syria Michael Ratney on Tuesday.

Syria’s main political opposition emphasized that the next round of Geneva talks must focus on forming a transitional governing body that will lead the country in the transitional period and lay the groundwork for drafting a new constitution and holding presidential and parliamentary elections.

Coalition members said that Moscow must pressure President Bashar al-Assad to discuss a political transition and force him to step down. The meeting also discussed the cessation of hostilities agreement, the release of detainees, lifting the siege and the delivery of aid to besieged areas.

Russia, the Coalition said, must be made to pressure the Assad regime to release detainees and allow access for relief aid as stated in the “cessation of hostilities” agreement and UN Security Council resolution 2254.

The Coalition also called upon Russia to force Assad to stop breaches of the truce agreement and stop attempting to disrupt the negotiations.