Opposition leader calls for fairer political representation for all groups, stressing that Alawites and the Assad regime are not one and the same 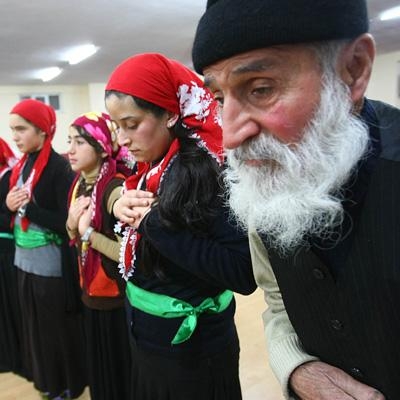 Syria’s Alawite community is an essential component of the national social fabric, opposition leader Anas al-Abdah said, stressing that the group and the Assad regime are not one and the same.

The president of the Syrian National Coalition said that the Assad regime has long used the Alawite community and other components of Syria’s society as tools to remain in power.

During a meeting with head of Syria’s Tomorrow Movement Fouad Humeira on Tuesday, Abdah stressed the need for the revolution to maintain its moral guidelines and steer clear from violence or revenge.

Abdah noted that the Coalition’s future efforts will be focused on boosting the Syrian-Syrian dialogue and on reaching out to the entire spectrum of the Syrian opposition to ensure just representation of all components.

For his part, Humeira stressed the need to bring Syria’s Alawites over to the side of the Syrian revolution in order to ease concerns that the Assad regime has long instilled among members of the Alawite community.