Use of chemical weapons by radical groups in both Syria and Iraq is proof that Damascus is not involved in such attacks, says Foreign Ministry spokeswoman 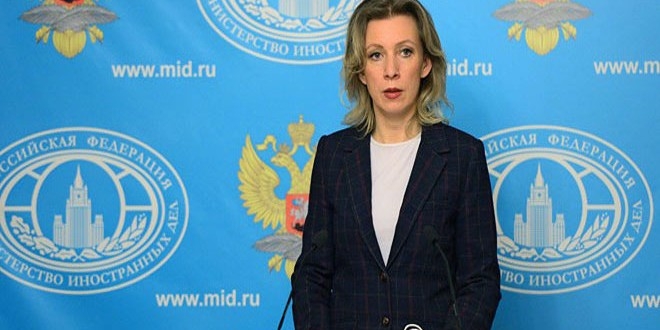 Russia condemned the use of chlorine gas against civilians in Aleppo city by militants from the Army of Islam group, expressing frustration at the West’s inability to react to the use of chemical weapons at the U.N. Security Council.

“Now the [Army of Islam] group has used chlorine in Aleppo, and it seems they aren’t even hiding this. Obviously we strongly condemn the use of chemical substances for military purposes whoever it is, including non-government subjects,” Zakharova said in a statement on Tuesday.

She added that the repeated use of chemical weapons by radical groups in 2016 in both Syria and Iraq is proof that Damascus is not involved in such attacks, as accused by the West.

The group’s use of chlorine in Aleppo, she said, “once again confirms what we’ve said numerous times that the blaming of Damascus and publications in the Western media of cases of using chlorine for military purposes, including against civilians, is actually the work of terrorist groups.”

She referred to Russia’s repeated concerns that the Islamic State and other terrorist groups “have acquired great potential in war activities with the use of toxic substances in the region of the Middle East.”

“We [Russia] regularly bring attention to this and put the question forward on the need for the U.N. Security Council to react to cases of chemical attacks by terrorists,” she added.