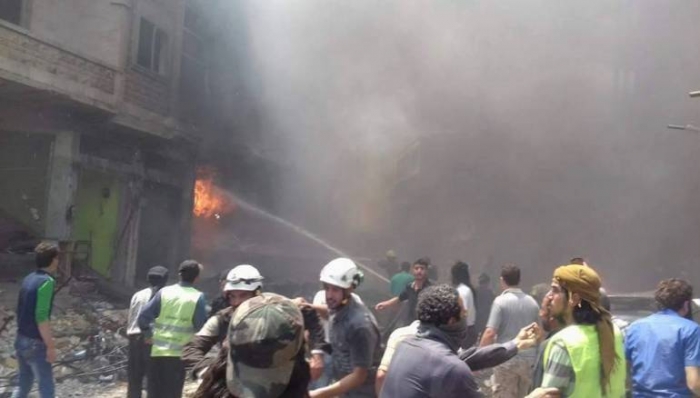 At least 20 civilians, including women and children, were killed when Russian war planes targeted a local marketplace in the northern city of Idleb, medics said on Sunday.