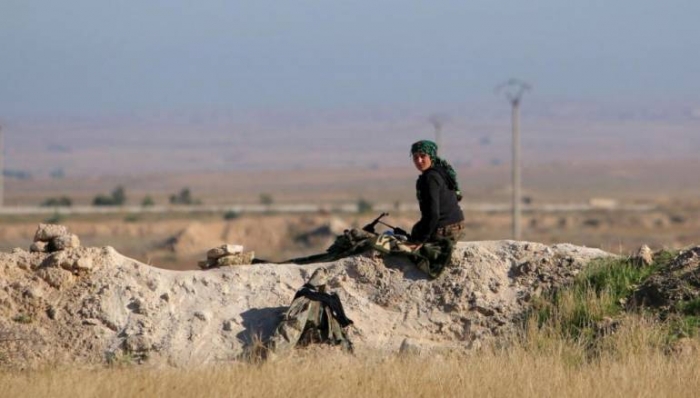 Well-informed sources said US officials are pressuring tribesmen in northeastern Syria to join Syria Democratic Forces (SDF), a Kurdish-led alliance backed by Washington which has made rapid gains against Islamic State militants and other rebels since its formation in October.

Reluctant tribes have expressed concerns over blatant abuses carried out by Kurdish militias, especially by the Kurdish People's Protection Units (YPG), including forced displacement for residents of Hassakeh and Raqqa provinces.

Concerns are also related to the US policy that gives a secondary role for Arabs in ISIS-combat, with sources claiming that Arab tribes need guarantees before they join.

Meanwhile, the SDF, supported by US-led air strikes and American special forces, launched an advance earlier this month to seize the Islamic State's last remaining territory on the Syria-Turkey border and cut the self-declared caliphate off from the world, Reuters said.

The SDF has said it is holding back from an immediate assault to enter the northern town of Manbij out of concern for civilian safety.

The UK-based Syrian Observatory for Human Rights said the SDF were now almost 17 km from the city of al-Bab, an ISIS stronghold north-east of Aleppo.

The SDF on Friday cut off the last route into the encircled town of Manbij from al-Bab after over a week of advances around the area, allowing it to lay siege to the large town from all directions, the monitor said.

The Observatory said nearly 160 ISIS fighters had died in battles with the SDF around Manbij and more than 20 SDF fighters had been killed.