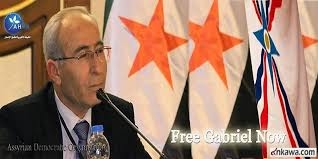 The Syrian National Coalition congratulated the Assyrian Democratic Organization on the release of dissident Gabriel Moushe Qorriya, head of the organization’s political branch, who was detained by the Assad regime for nearly two and a half years.

The Coalition stressed that the regime's arrest of prisoners of conscience contradicts its claims about seeking a political solution in Syria, adding that it condemned the arrest of all political activists and dissidents.

The Coalition also called on international and human rights organizations to immediately intervene in Syria to ensure the safety of detainees in Assad’s prisons, many of whom are women and children.