Body of top Shiite commander moved back to Lebanon after being taken to the sacred Sayyidah Zaynab shrine in Damascus, activists claim 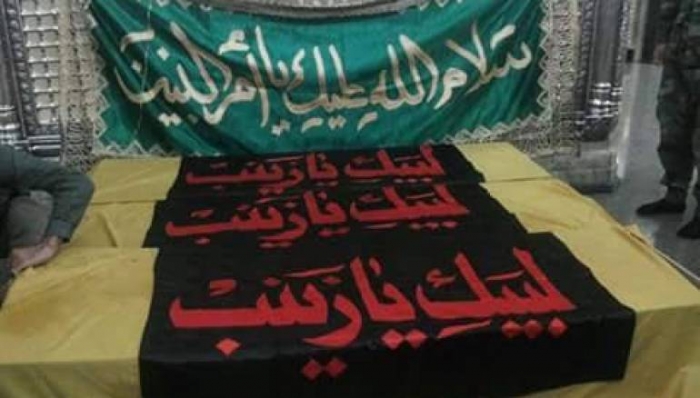 Lebanese Hezbollah militants reclaimed the bodies of three of its mercenaries killed in battles in Aleppo province, including the body of senior commander Ramzi Mughniyeh.

A social media group tracking the militia said the bodies of Mughniyeh, Mohammad Hamzeh and Wael Abdel Kader Yousef were taken to the gold-domed Shiite shrine of Sayyidah Zaynab before being moved to Lebanon.

Mughniyeh was reportedly assigned as replacement for prominent Hezbollah leader Mustafa Badreddine who was killed last month during an alleged rebel attack rebel on his headquarters close to the Damascus airport, the militia announced. The sectarian militia has recently suffered major losses in Aleppo’s countryside, especially in the battles of Khan Tuman, Khalset, Zaitan.

Prior to assuming on Badreddine’s role in Syria, Mughniyeh was responsible for the militia’s operations in Africa.

A top Hezbollah leader recently announced his forces had lost 26 fighters in the latest battles in Aleppo, not including fighters who were captured and others who are reported missing.