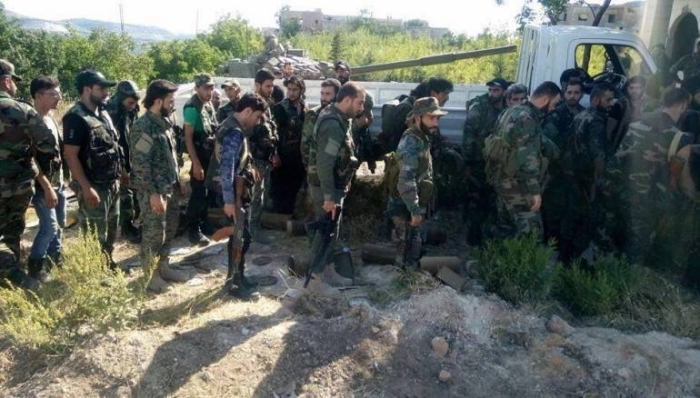 Lattakia Media Network correspondent Mohammed al-Naji reported the regime had resumed its attack under air cover for the second day on Kansaba and its surrounding villages in the southwest using heavy weapons.

Naji added that fighting erupted in the village of Shalaf and its castle at the entrance of Kansaba, lasting for six hours and forcing regime fighters to withdraw following huge defeats.

A rebel commander detailed the progress of battles, saying: “The regime forces tried to sneak to Kansaba through Basoor mountain and Majdal Kikhya valley and Akko route to the village of Shalaf and its castle, where rebels were ready for them and heavy clashes took place,” adding that the regime forces had incurred losses estimated at dozens of killed and wounded.