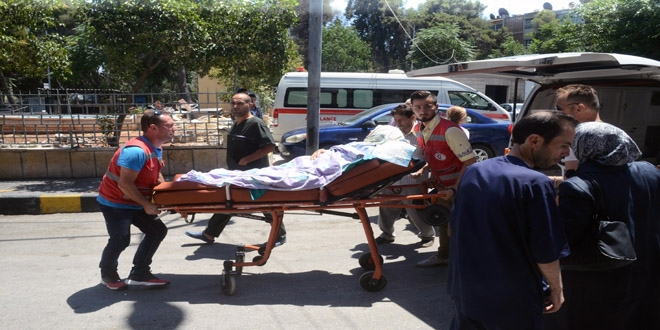 The source added that five civilians were killed and 61 others were injured in attacks on residential neighborhoods of the city on Monday. The shelling also caused damage to private and public property and the destruction of a number of houses.