Most of those detained were children and elderly who were abducted while waiting to buy bread, activist claims 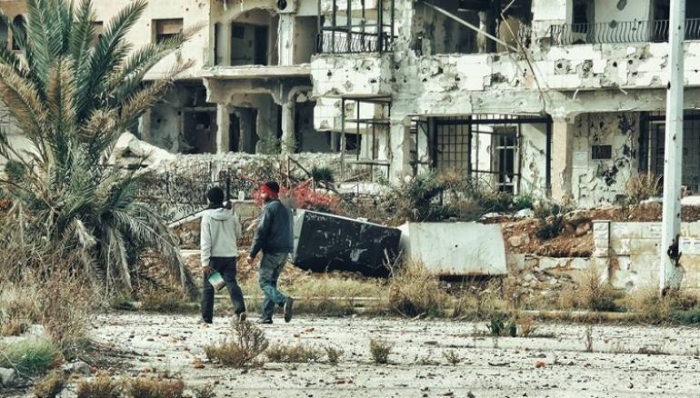 Media activist Abou Faisal from the Civil Association Center said most of those arrested were children and elderly who were taken from the front of a regime-run bakery in Waer’s western neighborhood while waiting to buy bread. On average, five to six people were arrested daily.

A number of others were also arrested when school students left their exams in regime-controlled areas, with the youngest victim, a 12-year-old, being held captive for two days, the activist added.

Abou Faisal noted that the regime checkpoint at Waer bakery, which reports directly to Syrian intelligence services, installed a camera on the barrier which broadcasts a live feed to the State Security branch in Homs.

In a related context, the Syrian Arab Red Crescent and UN delivered another aid convoy of 27 trucks carrying food packages, medical equipment and children’s clothes to Waer on Monday.