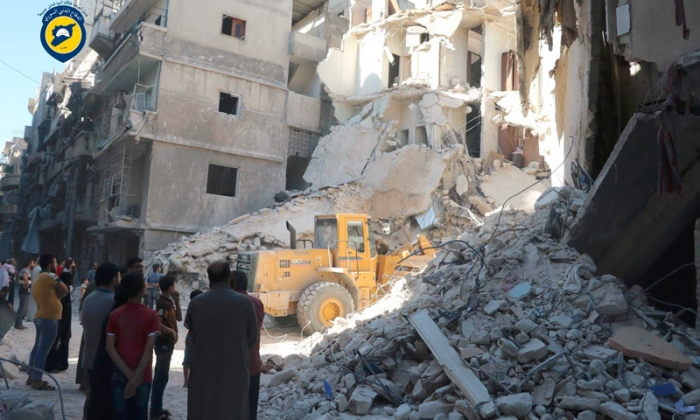 At least 5,188 civilians were killed and 3,631 others were arrested during the last five months, since the start of “cessation of hostilities” agreement on February 27, a report by a UK-based human rights monitor has revealed, adding that the Russian and Syrian regimes were responsible for 71 percent of the total breaches which occurred during this period.

According to the report, published by the Syrian Network for Human Rights on Wednesday, July 27, among the reported casualties there were more than 1,000 children and 694 women, adding that the Syrian regime forces killed 3,055 civilians out of the total, while Russian forces killed another 417.

The statistics included the number of casualties of the Islamic State group. The report said that the group was responsible for 552 civilian deaths, including 98 children, while the Nusra Front killed 17 others. The number of casualties at the hands of the international coalition was 305 civilians, while the Kurdish Peoples’ Protection Units killed 184 people. The report documented the deaths of 392 others at the hands of armed opposition groups.

In its report, the Network touched on the number of massacres over the last five months, and said that it had recorded 152 massacres, 102 of them at the hands of regime forces, 19 by Russian forces, while the others were distributed among the other parties to the conflict.

The report documented 440 incidents of aggression against vital civilian centers, most of them by the regime. It documented 100 incidents by Russian forces, 25 by armed opposition forces, 19 by ISIS, and six by the international coalition, while the report counted 14 incidents by unknown parties.