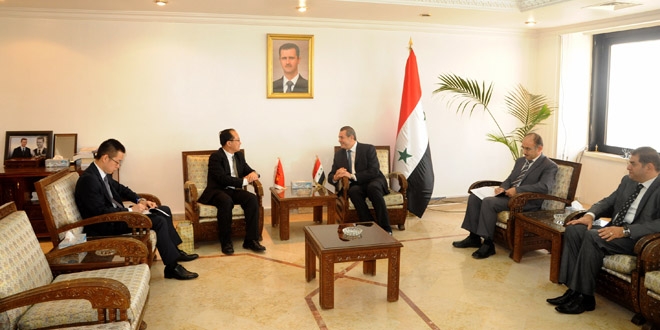 During the meeting, Naddaf stressed the importance of boosting cultural ties between Syria and China through a number of education-based measures, including increasing the number of scholarships, exchanging scientific expertise, and the opening of a Chinese language center at Damascus University.

In turn, the Chinese ambassador also stressed the importance of establishing scientific cooperation between Syrian and Chinese universities, voicing hope that the crisis in Syria will be resolved as soon as possible and that security and stability will return to the country.