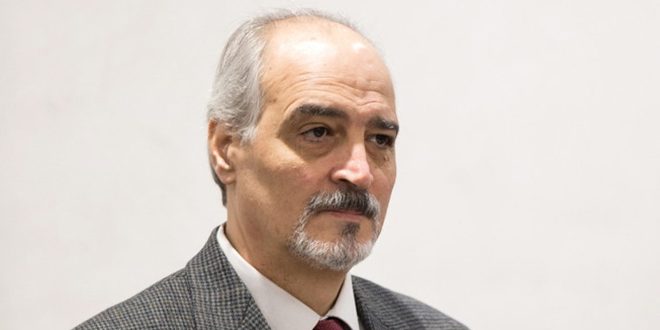 The UN Security Council’s rejection of the Russian draft resolution confirms the absence of the political will to fight terrorism and reach a political solution to the crisis, Syria’s envoy to the UN said Saturday, adding that a draft resolution put forward by France and Spain reflects their “nostalgia over colonial past.”

In a speech at a Security Council session on Saturday, Syria’s Permanent Representative to the UN Bashar al-Jaafari said: “Blocking the Russian draft resolution confirms for the 100th time that those who stood against it have no political will to fight against terrorism and to achieve inter-Syrian settlement."

“French politicians should be ashamed of what they did in Libya and to Libyan people," the Syrian envoy said.

Jaafari said he regretted that the draft resolution proposed by the Russian delegation was not adopted by UN Security Council member states, adding that Syria condemned the recent mortar attack on the Russian embassy in Damascus on October 3 describing it as a “cowardly act of terror.”