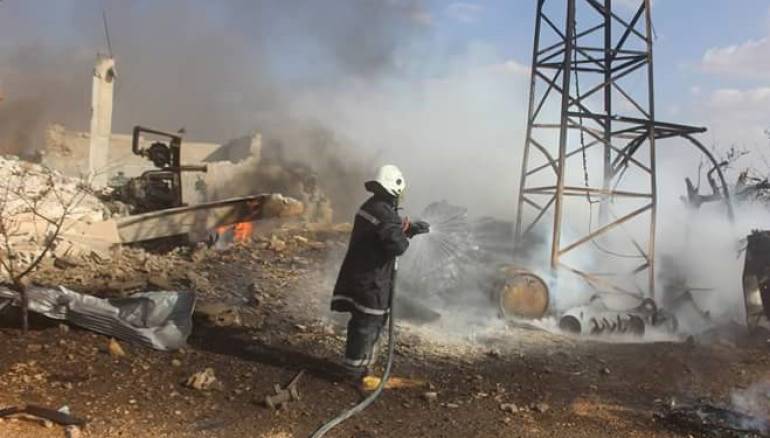 At least four Ahrar al-Sham militants have been killed and four others injured in a car bomb attack that targeted one of the rebel group’s checkpoinst at the entrance of Saraqib, east of Idleb, activists reported.

The attack came after three Ahrar al-Sham fighters were killed in clashes with the rival Jund al-Aqsa group in the towns of Haish and Sarmeen on Sunday following accusations by both sides of assaulting opposition headquarters and personnel.

In another development, regime warplanes struck with vacuum bombs a camp for displaced people near Jarjanaz in the Marat al-Numan countryside while Russian jets raided the outskirts of Al-Hiraki village and Idleb city.