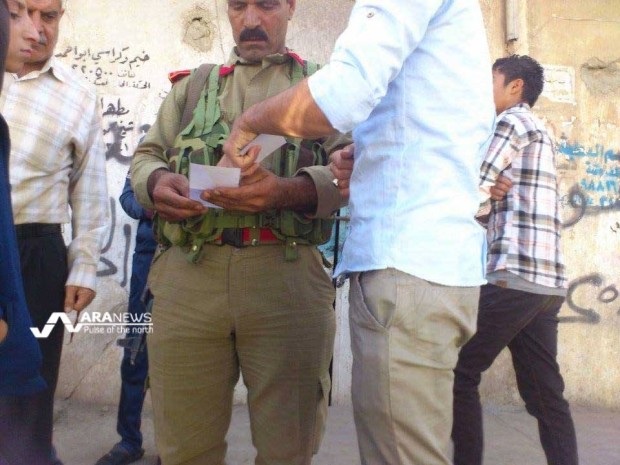 Armed units of the Kurdish self-administration in Al-Jazira province waged a new arrest campaign in Qamishli in north-east Syria, detaining many young men for compulsory military service in an effort to boost fighter numbers.

Activists from the city told ARA News, "military units were stationed at Al-Hilalia roundabout, Munir Habib street and Silos roundabout in Antaria street, in order to arrest the draft evaders."

"Nearly a dozen people were arrested near Al-Hilalia roundabout, while the military units continued their patrols in the points they were positioned at to arrest more young men," they added.

The units assigned to arresting the draft evaders had reportedly ended their campaign in Qamishli over two months ago, despite the new spate of arrests.