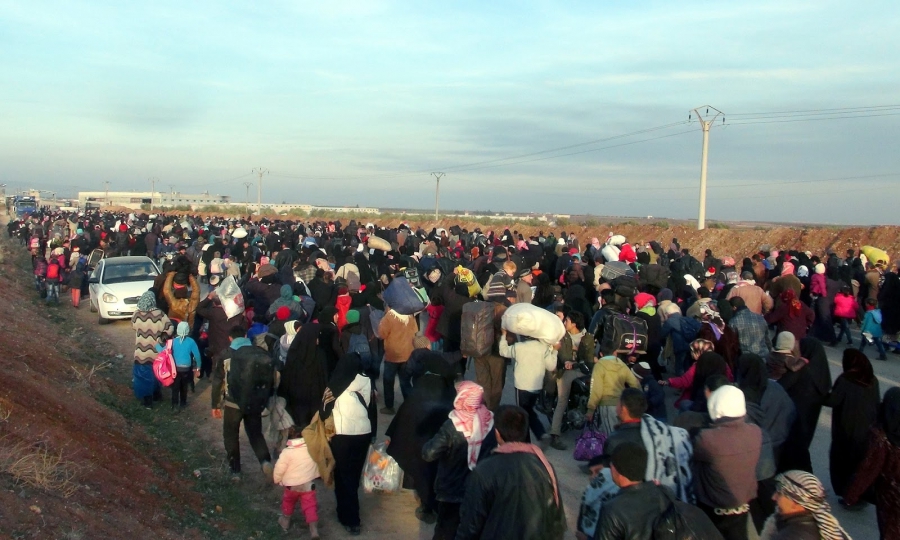 President of the Syrian National Coalition Anas al-Abdah has called on countries to pressure the Assad regime and its allies to stop their barbaric attacks on civilians across Syria, especially in Aleppo.

For over three weeks, the eastern neighborhoods in Aleppo have been subjected to a brutal onslaught by regime forces and their allied foreign militias backed by Russian aerial cover. Russian and Syrian air forces have significantly escalated air strikes on the rebel-held parts of the city in the past four days, targeting mainly residential areas and leaving hundreds of civilians killed.

In a letter to foreign ministers of friendly countries who were due to participate in a meeting in the Swiss city of Lausanne on Saturday, the Syrian opposition leader called for lifting the siege on Syrian cities and towns, ensuring immediate humanitarian and medical aid to civilians in need, and the withdrawal of sectarian militias from all Syrian territory.

The Coalition president also called on states to recognize Russia and the Assad regime’s use of internationally banned weapons – including cluster bombs, vacuum missiles, and napalm – as war crimes and crimes against humanity.

Abdah added that the Coalition does not recognize the so-called local truces which the Assad regime has forced residents of rebel-held areas to agree to by the force of arms. He said that these truces and deals have become the basis for the Assad regime’s policy of mass displacement and demographic change in the Damascus suburbs and other areas across Syria.