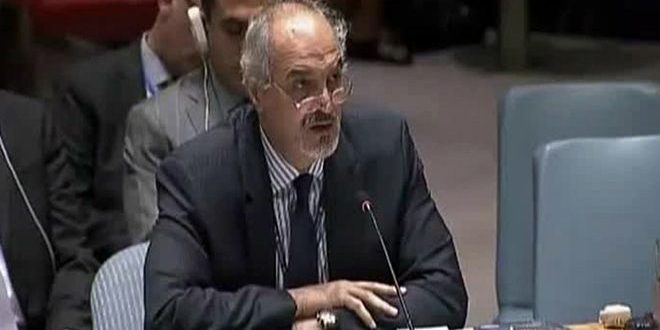 Syria’s envoy to the UN has called for working on stopping the aggressions launched by the US-led international coalition on his country’s territories, economic infrastructure and oil and gas facilities, claiming the attacks contribute to destroying the potential of the Syrian people and prolonging the crisis.

Bashar al-Jaafari clarified in a statement to the UN that the assaults which have recently targeted the oil and gas fields in the provinces of Deir-ez-Zor, Raqqa and Hassakeh caused huge material damage and the almost complete destruction of some facilities.

He noted that the aggression of the international coalition, along with the sanctions imposed by some states on the Syrian people, are responsible for the deterioration Syria is facing.

He said that Syria maintains its right under international law to demand the US-led international coalition pay compensations due to the targeting of its infrastructure.