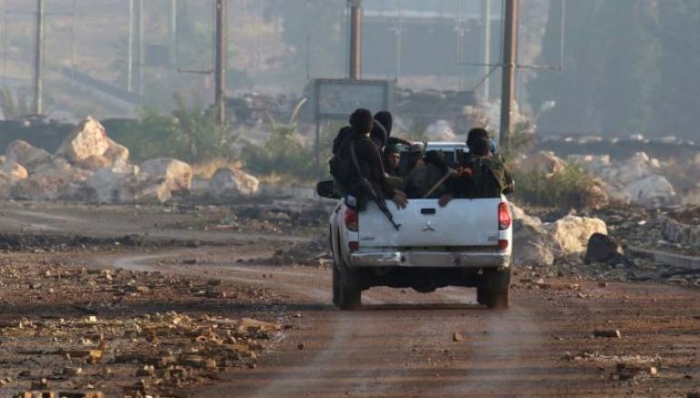 Syrian opposition forces in Aleppo announced on Sunday that they began targeting regime and pro-regime militia positions in the strategic Al-Hamadaniya neighborhood with artillery and missiles.

A Zaman al-Wasl reporter in Aleppo said that the opposition fighters clashed with regime forces and supporting shabeeha groups after a number of rebels infiltrated the western neighborhoods of the city early Sunday morning.

A field source from the opposition confirmed in a statement to Zaman al-Wasl that a number of regime fighters were killed during the clashes which continued throughout Sunday morning.

The source confirmed that many regime forces members and militia members deserted their positions following the rebel operation.

In a related context, an informed source confirmed a commander of Jaish al-Islam (Army of Islam) in northern Syria, Ahmad Sindet, was killed Saturday night in an air raid on the Minyan front in Aleppo’s western countryside.