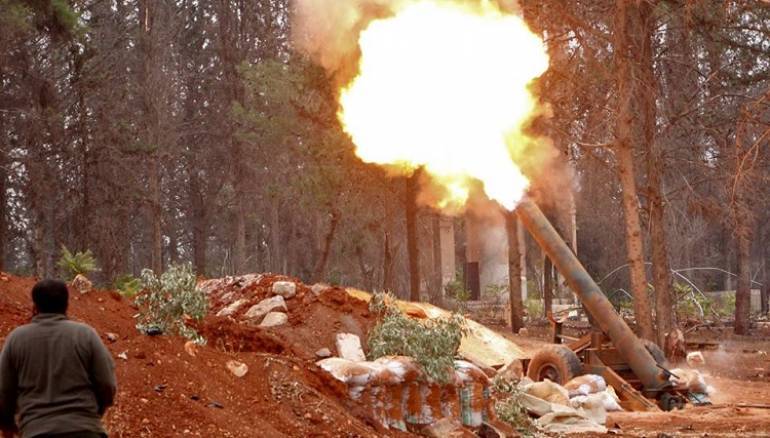 A spokesman from the powerful Jabhat Fateh al-Sham group, formerly Nusra front, has vowed to break the siege of the eastern neighborhoods of Aleppo and to continue fighting Assad’s forces and allied militias, a commander told Zaman al-Wasl on Monday.

Abou Anas al-Shami, a member of the Jabhat Fateh al-Sham’s media office, told Zaman al-Wasl that factions of the Syrian resistance have achieved good results in the first stages of a new offensive (dubbed by jihadist groups as The Battle of the Hero Martyr Abou Omar Saraqib) after seizing a number of strategic areas in 72 hours.

Shami confirmed that the second period would ensure surprises against the regime and its allies, which would bring relief to Aleppo’s people facing siege.

Speaking of the regime’s losses, Shami said that the group has sacrificed dozens of martyrs and suicide bombers, adding that enemy losses numbered in the scores. “We have captured 20 members of the regime, and killed 100 Hezbollah members, and numbers of wounded are uncountable,” he said.

Shami explained that the offensive, which includes fighters from the Jaish al-Fateh (Army of Conquest) and Fateh Halab (Aleppo Conquest) coalitions, aims to break the Assad regime’s siege of Aleppo’s eastern neighborhoods.

The eastern districts of Aleppo have been subjected to a fierce bombardment since the Syrian army declared a new offensive to recapture the area last month.