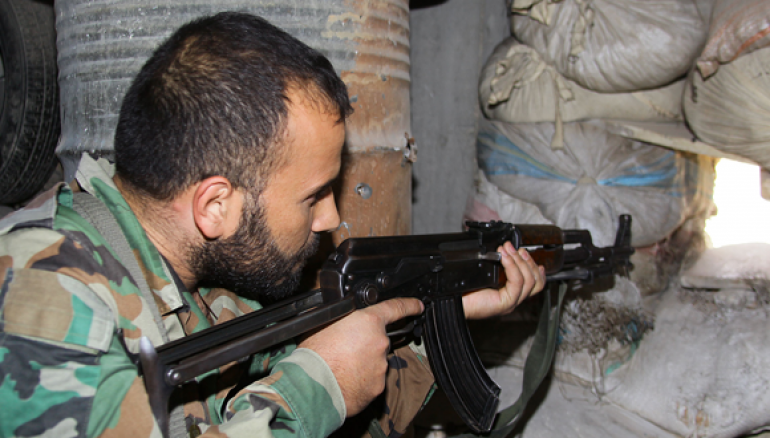 The Assad regime’s Air Force Intelligence service has overseen the formation of a new paramilitary group in the southern Suweida province, a source told Zaman al-Wasl.

Around 27,000 militants will make up the force in the predominantly Druze area. The Lebanese Hezbollah militia is known to have trained a number of the group’s members in October.

Retired Air Force Colonel Jamal al-Halabi will command the group under the pretext of protecting the historic Druze stronghold from the Islamic States and other jihadist groups.