Russian president says the only way to end the crisis, return the displaced and rebuild the economy is through political dialogue 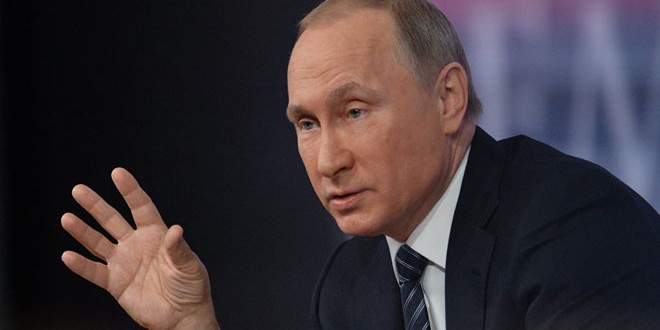 Russian President Vladimir Putin stressed his country’s support for holding peace talks between the Assad government and the opposition, adding that the only solution to the Syrian crisis is a political one.

In a speech on Wednesday, Putin said that the only way to end the crisis in Syria, return the displaced to their homes and rebuild the economy is through political dialogue.

The president also reiterated his calls for forming a unified front for fighting terrorism.