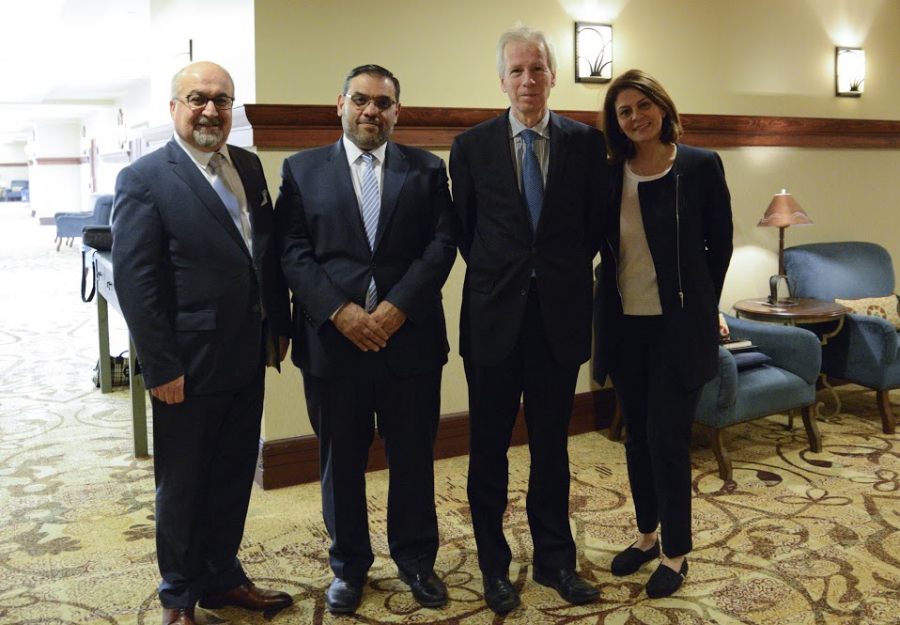 President of the Syrian National Coalition Anas al-Abdah has called for a comprehensive strategy to protect civilians in Syria with the establishment of a new ceasefire and no-fly zones.

In a meeting with Canadian Foreign Minister Stephane Dion on Sunday near Montreal, the two discussed options which could be implemented outside the UN Security Council following Russia's veto of all draft resolutions aimed at stopping the crimes against the Syrian people.

They also discussed the latest developments in Aleppo and the brutal blockade the Assad regime is imposing on eastern Aleppo.

Abdah stressed that the Assad regime is imposing sieges on many rebel-held areas across Syria and carrying out mass forced displacement operations to bring about demographic change in key areas across Syria by forcing citizens to agree to so-called local truces and evacuation deals.