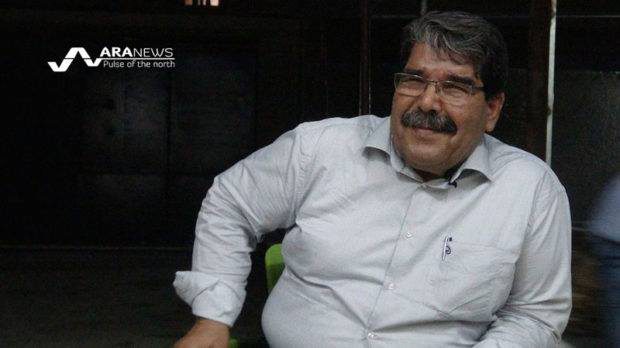 Turkish authorities on Tuesday issued a warrant for the arrest of Democratic Union Party (PYD) leader Salih Muslim, “On suspicion of his relation with the attacks carried out in Ankara last February,” according to media close to the Turkish government.

In this regard, Kurdish political activist Darius al-Darwish told ARA News that “The issuances of the Turkish arrest warrant against Salih Muslim is more evidence of the Turkish government’s fascism, as it is not content to merely pursue Kurdish citizens but even Kurds who are citizens of another country.”

He added: “Its pretext of Salih Muslim’s relationship (with Kurdish groups in Turkey), or any Syrian Kurd with any hostilities which have occurred in Turkey, it is nothing more than a meaningless and unproven excuse — indeed, on the contrary, the Kurds had denied being involved in these explosions and the Syrian Democratic Forces had issued a statement condemning these bombings which occurred in Turkey.”

The YPG is considered the central pillar of the Western-backed Syrian Democratic Forces which were formed more than a year ago alongside other factions fighting against the Islamic State group. These forces have achieved great victories since gaining support from the planes of the US-led international coalition.