Khalil was taken from his home by Kurdish police forces in northern Hassakeh province on Monday, according to a Coalition statement 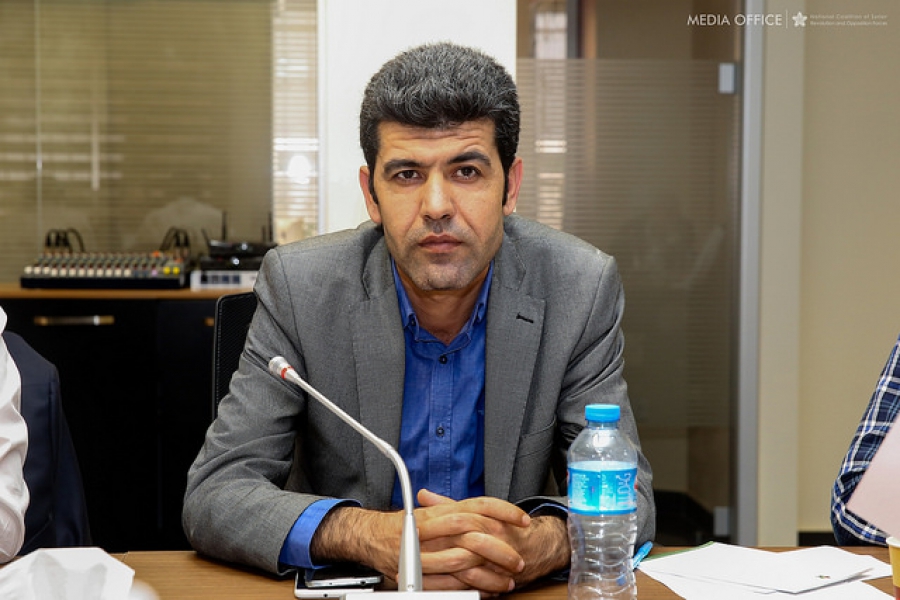 Opposition figure Hawass Khalil was kidnapped from his home by the Kurdish Democratic Union Party’s (PYD) asayish forces on Monday.

The Syrian National Coalition condemned the kidnapping of its member Khalil, stressing that this act represents a continuation of the PYD’s repressive practices against the Syrian people.

In a statement released on Tuesday, the Coalition denounced “these repeated repressive practices by the PYD, including the kidnapping of political activists and dissidents”.

“The practices of tyrants are the same every time and everywhere. They are aimed at suppressing freedom of speech and any forms of opposition. These practices are consistent with the Assad regime’s mentality of oppression and arbitrary detention,” the Coalition stressed.

The Coalition held the PYD leadership responsible for kidnapping and called for the immediate release of Khalil and all detainees in the PYD prisons.