Group claims responsibility for New Year's attack that killed 39 people in Turkey's largest city, describing the gunman as "a hero soldier of the caliphate" 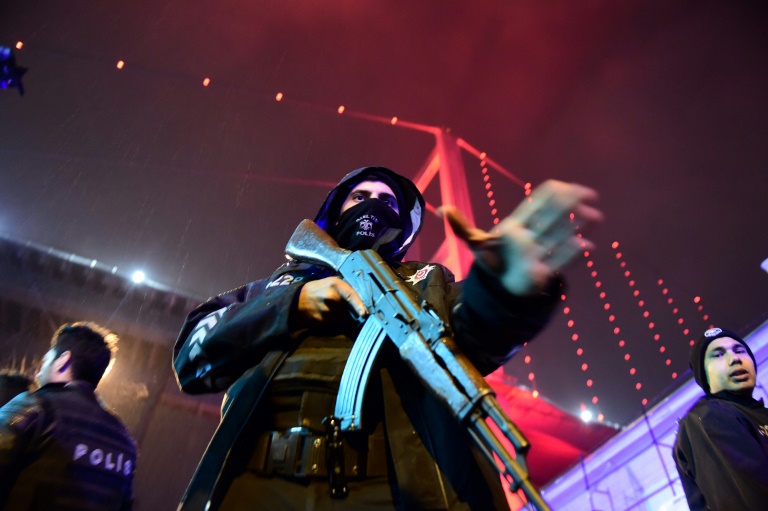 The Islamic State group on Monday claimed the attack on a nightclub in the Turkish city of Istanbul after midnight on New Year’s, which killed 39 people and wounded 65 others, most of them foreigners.

Forensic officials in Istanbul said on Monday, “The number of foreigners who were killed in the attack which hit the nightclub reached 24 while the process of identifying the victims is still ongoing.”

For his part, the Prime Minister Binali Yildirim announced the same day that, “Terrorist organizations will not be able to corrupt the prevailing brotherhood and unity in Turkey through terrorist attacks, and terrorists will not terrify the Turkish people.”

Yildirim added that, “There are 60 wounded in the hospitals receiving treatment and they will be released as soon as they recover. There are three or four wounded in critical condition. There are possibilities and expectations regarding the identity of the terrorist actor, and security forces and police and intelligence agencies are coordinating to identify him and will announce information after any development in this regard.”

The gunman carried out the attack an hour after midnight on New Year’s on a nightclub in Ortokay on Istanbul’s European side.