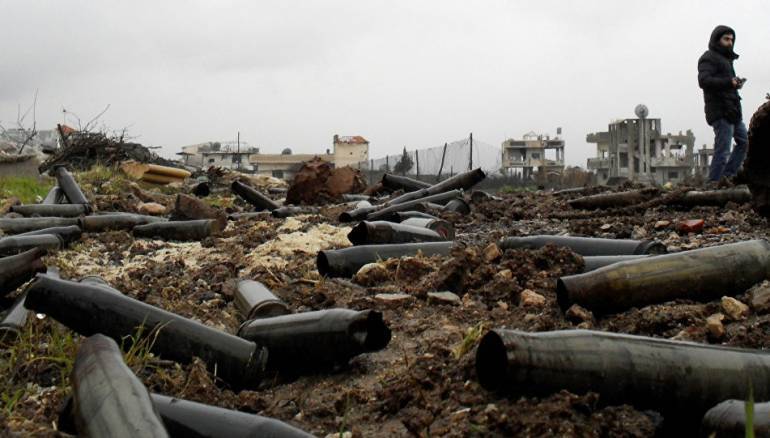 Free Syria Army fighters on Monday captured half of the Manshiya neighborhood in southern Daraa province after three days of fierce clashes.

The FSA said five regime officers were killed and dozens wounded in fighting in Manshiya, a strategic neighborhood situated at the heart of border city with Jordan.

In turn, pro-regime Al-Masadr news site said 20 rebel fighters have been killed by regime forces since the beginning of clashes on Saturday.

Manshiya is home to around 20,000 people who enjoyed a two-year calm since a freeze in fighting between rebels and government forces.