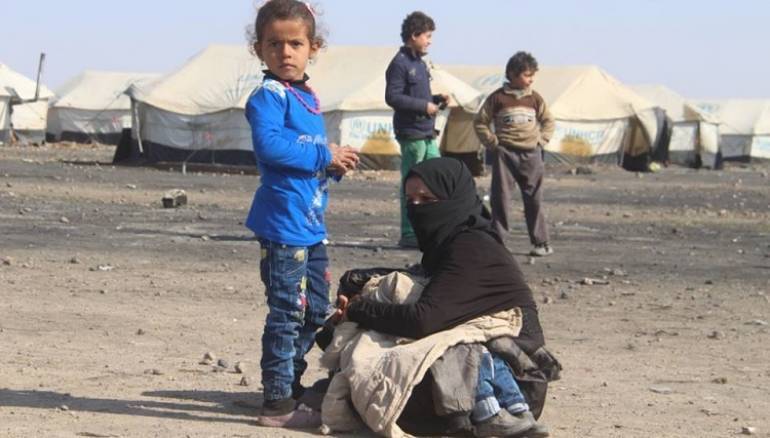 The Islamic State group has fortified its de facto capital of Raqqa as Kurdish-led forces backed by US air strikes advanced in the northern and western countryside of the province, activists said Thursday.

More barricades have been installed, landmines have been planted and suicide bombers are ready to defend Raqqa, according to pro-ISIS social media accounts and local monitoring group.

Mohamed al-Saleh, spokesman for the anti-ISIS activist group Raqqa is Being Slaughtered Silently, said ISIS fighters have dug trenches around the city and in small areas its controls in the northern countryside.

Conscious of the looming battle for the city, the group has taken a number of steps to prepare for guerrilla war.

Meanwhile, 35 families which fled Raqqa have arrived to a small camp near the Democratic Union Party (PYD)-held town of Ayn Issa amid lack of basic needs.

The US-backed Syrian Democratic Forces alliance started a new phase of its campaign against Raqqa two weeks ago, aiming to complete its encirclement and sever the road to militant strongholds in Deir-ez-Zor province.

The SDF, which includes the powerful Kurdish YPG militia, launched its multi-phased campaign aimed at encircling and ultimately capturing Raqqa in November.

Several hundred US special forces soldiers have been supporting SDF operations against ISIS in northern Syria. France said in June that its special forces were advising rebels in the same area.