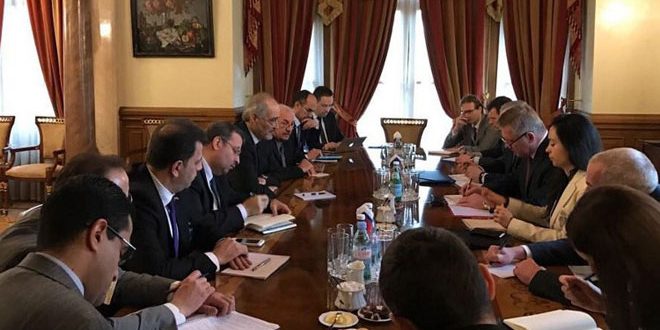 Both sides agreed that the question of fighting terrorism should be among the priorities on the agenda aimed at settling the conflict in Syria.

In a statement to Russian reporters, Gatilov said that the Syrians do not have a problem with the agenda proposed by de Mistura, but they deem the issue of combating terrorism of greater urgency.

It is scheduled that the government delegation headed by lead negotiator Bashar al-Jaafari will meet the UN Special Envoy for Syria Staffan de Mistura later today.

The delegation and de Mistura held a meeting on Saturday, during which Jaafari insisted that the talks should focus on only one point and that is the priority of the fight against terrorism.

The fourth round of talks in Geneva kicked off last Thursday, bringing together delegations from the Syrian government and the opposition groups.