FSA delegation boycotts Syria peace talks in the Kazakh capital, leading to speculations about foreign pressure on the opposition delegations 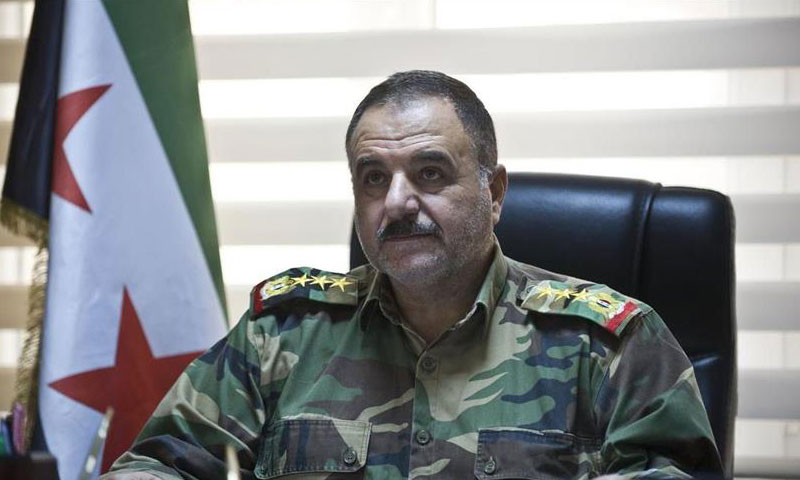 Brig. Gen. Ahmed Berri, chief of staff of the Free Syrian Army, denied news that the “forces of the revolution” military delegation is participating in the Astana negotiations currently underway in the Kazakh capital.

Berri said in a phone call with Enab Baladi: “We will not go to Astana and this is a final decision.” At the same time, he denied that the Southern Front delegation of the Free Syrian Army was going on its own. The Kazakh Foreign Ministry confirmed today that it expected the arrival of a delegation of the Syrian opposition to the Astana negotiations on Wednesday.

The Anadolu agency reported that the delegation expected to participate would be “reduced” and the vast majority of it could include military figures and a spokesman, adding that it would head today to Astana to attend the meetings tomorrow.

In the first comments to Enab Baladi, Osama Abu Zeid, the official spokesman in the name of the opposition delegation in the previous Astana talks, said that the delegation would not participate in Astana and added: “Indications prior to the conference have confirmed that it would not bear anything new.”

However, Abu Zeid announced his resignation on Twitter yesterday evening, saying: “I presented my apologies to my brothers in the leadership and the head of the delegation that I could not continue my work for personal reasons. I extend my apologies to journalists for not making any statements.” Some attribute this to foreign pressure on the participating delegation.

The third round of talks began in Astana on Tuesday as the absence of the “forces of the revolution” delegation drew accusations from the envoy of the Russian and regime delegations that the given reasons were unconvincing. The opposition meanwhile attributed its lack of participation to the continuation of military operations and the expulsion of the people of the district of Al-Waer in Homs.