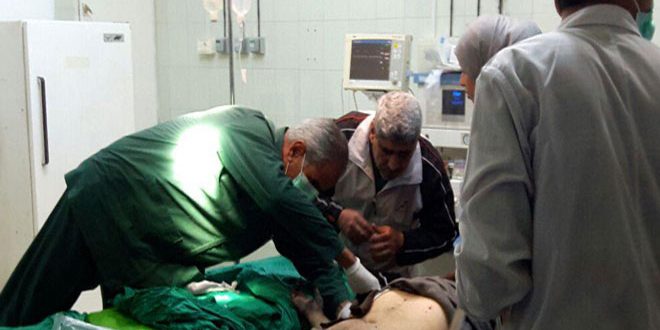 Fifteen people were injured Tuesday in terrorist rocket attacks on residential neighborhoods in Masaken Barzeh and Al-Shaghour in Damascus.

The source added that three other persons were injured as rocket shells fired by terrorists hit Al-Shaghour neighborhood.

The source also reported that terrorists positioned in Jobar neighborhood fired rocket shells on the Damascus suburb of Jaramana that hit a residential building in the Al-Qaws neighborhood, causing material damage but no casualties.