Around 150 women perform military march for party officials in the northern province after recruits graduate from training in the all-female militia, opposition activists tell Zaman al-Wasl 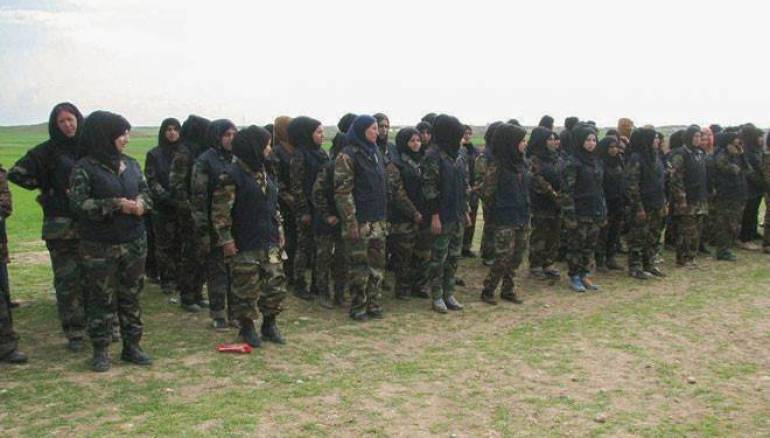 The first batch of the fighters has graduated from the Syrian Baath Party’s women's battalion in Hassakeh province, according to activists.

The "Khansawat of Syria” paramilitary group will operate in regime-controlled areas of Qamishli city's countryside in the country’s north.

Activist Abdullah al-Qamishlawi reported to Zaman al-Wasl that Baath Party officials including the assistant regional secretary, Hilal Hilal, have announced the graduation of the first batch of fighters after forming the faction in January this year.

The activist detailed that the 150 graduates were taken to perform a military march in front of party officials, including Governor of Hassakeh Jaiz al-Mousa.

Jazya al-Taeemi, a member of the Hassakeh Baath Party branch who supervised the formation of the women’s battalion, announced through regime media that a large number of women will undergo similar training as there are many recruits who are waiting to join.