Strike in Daraa province follows gains made by rebels in the provincial capital's Old City amid intensified fighting for control of the southern region, opposition newspaper reports 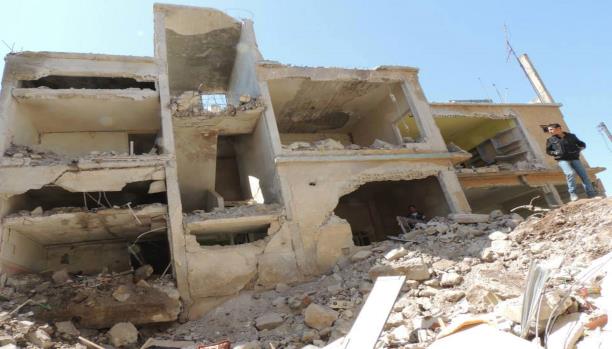 The vacuum missiles attack on the medical facility comes as rebels made gains against regime forces and allied militias in the Old City of Daraa.

Most hospitals in rebel-held areas are not in service due to a lack of equipment and deliberate targeting by the Assad regime.

Since rebels launched a major offensive in early February, they have managed to capture the heavily populated Manshiya district and a number of regime bastions in the border province.