Activists and media report scores killed in Russian bombing of rebel-held Idleb, including a new strike on the site of last week's chemical attack in Khan Sheikhoun, Zaman al-Wasl writes 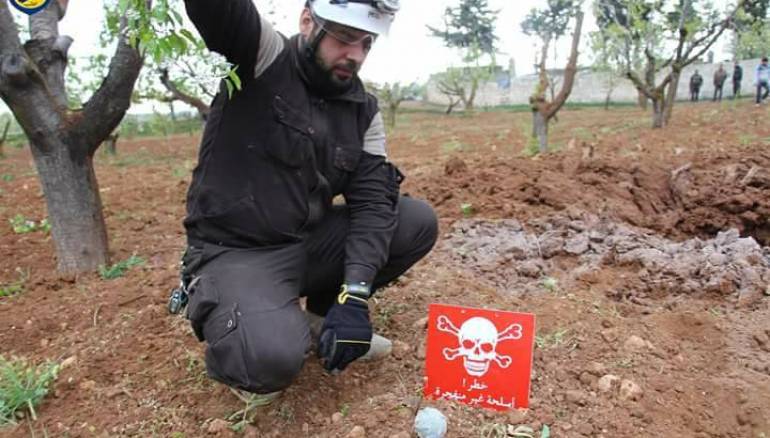 At least 21 civilians were killed Saturday when Russian jets struck the northern Idleb province with cluster bombs, according to a local reporter.

The attack claimed the lives of at least 18 people in the town of Awarm al-Joz, while three others were killed in Russian airstrikes on Khan Sheikhoun, the site of a sarin gas attack last Tuesday in which 103 people suffocated to death.

In the western countryside of Idleb, Russia’s jets also hit towns of Maerherma and Basamis with white phosphorous, witnesses reported.