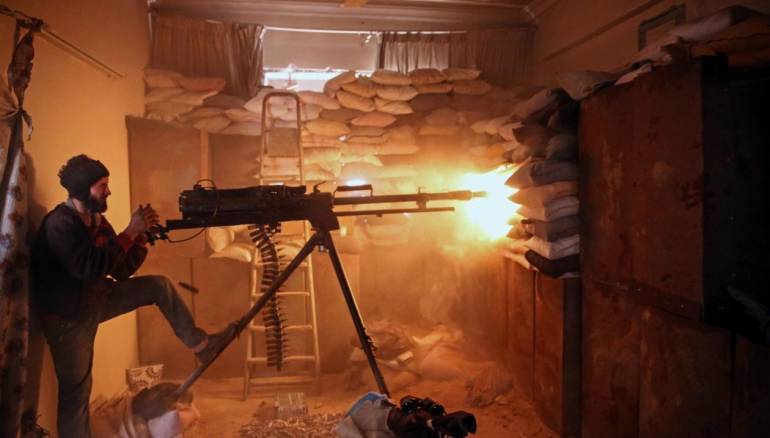 The Syrian regime and supporters of the ruling Baath Party recently formed a new paramilitary group from local tribesmen in northern Hassakeh province.

Sources told Zaman al-Wasl that the regime relied on Baathist figures to secretly recruit over 3,000 fighters from all over Hassakeh province into the “Tribal Mobilization” militia.

The same sources said the Assad regime and the Baath Party met with tribal figures on March 20 to begin forming the paramilitary group. The source indicated that the new militia also includes government employees.

Sources confirmed that Ahmed Khalil, the deputy commander of the new militia, is urging locals negatively affected by Kurdish control of their areas in the province’s north and west to enlist.

The sources also suggested that Iran is backing the militia and promoting the group as a force to fight terrorism, similar to the mainly Shiite Popular Mobilization Forces militias in Iraq.

Recently the Kurdish Democratic Union Party announced it would pay attractive incentives to members in its militias, including salaries of $200 a month, with three days leave every 15 days, as well as health insurance benefits for fighters’ family members.