Zaman al-Wasl writes that amid a widening sectarian rift between Shiite and Sunni residents in many Syrian areas, opposition journalists and emergency services worked to treat hundreds of people wounded in the massive car bombing that targeted the evacuation of Shiite residents 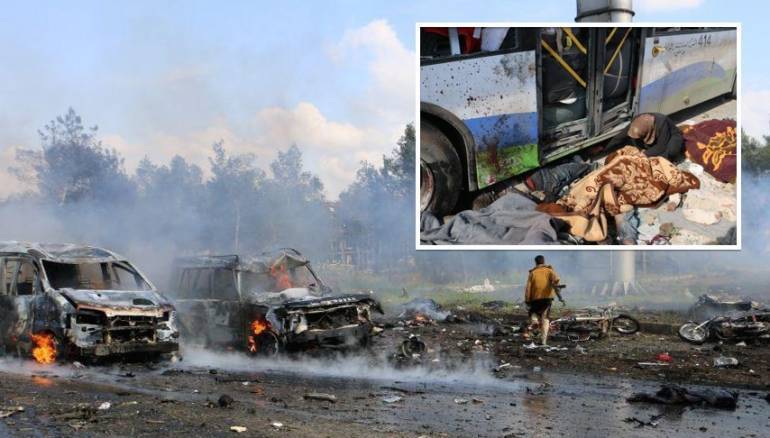 “We treated them with respect because they are our kin, and this is what our religion dictates we do. Our mission is humanitarian, and we have taken the Hippocratic Oath,” said the director of an Aleppo field hospital which received victims of Saturday's attack on buses evacuating Shiite residents from opposition areas.

At least 112 people, including 98 evacuees from the northern towns of Fuaa and Kefraya, were killed when a car bomb hit their buses at a transit point west of Aleppo Saturday, according to the Syrian Observatory for Human Rights monitoring group.

Over 200 people, mostly women and children, arrived at the field hospitals in opposition-held areas in northern Syria after the explosion targeted a food distribution point for the children at the Rashidin checkpoint.

The medical and humanitarian response provided to the injured was part of continued local, Arab and foreign reporters’ efforts, as well as opposition activists, who rescued dozens of injured from the wreckage of the explosion.

Their actions are commendable in contrast with those of regime journalists and media crews following similar events, such as Kinana Alloush, who took “selfies” with dead bodies, or Michelin Azar, who interviewed victims on the verge of dying following the massacre in Daraya,