Opposition outlet Zaman al-Wasl reports on deaths of 15 civilians, mostly women and children, adding that the bombing by regime warplanes was carried out with incendiary bombs such as white phosphorus 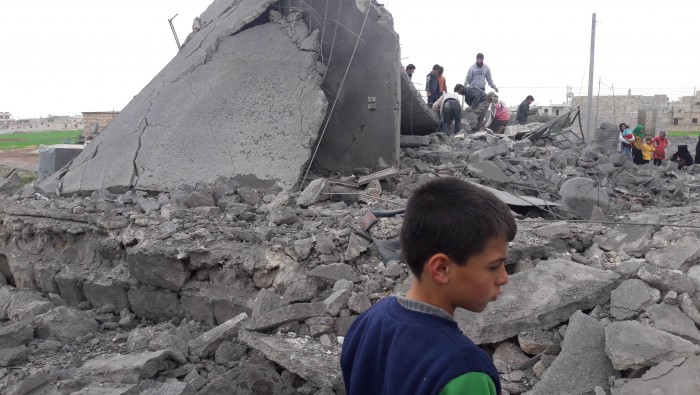 At least 15 civilians, mostly women and children, were killed in rebel-held areas of Aleppo and Idleb provinces on Tuesday as regime forces and their allied militias waged a major offensive in the northern regions, a local reporter said.

Ten people, mostly children, were killed in airstrikes on the town of Maertahrma in Idleb, while five others were killed in Urum al-Kubra in the Aleppo countryside.

The aerial bombardment targeted most of the rebel-held areas with incendiary bombs. Activists said the town of Darat Izza was bombed with white phosphorus on Tuesday.

The use of internationally banned weapons has mounted in the last two weeks since a U.S. missile strike hit a Syrian air base in retaliation to a sarin gas attack that left 103 people dead in Khan Sheikhoun.

Meanwhile, Free Syrian Army factions said they had thwarted a regime attack in the western countryside of Aleppo.