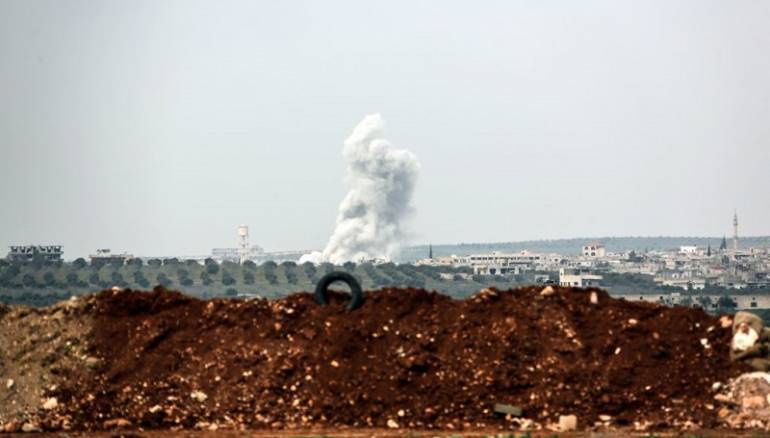 Syrian rebels have withdrawn from the town of Halfaya in the northwestern Hama province after regime forces and allied militias cut off opposition supply routes, activists told Zaman a-Wasl Sunday.

The weeklong heavy clashes in the northern countryside ended with the fall of the towns of Halfaya, Soran and parts of Taybet al-Imam to regime forces.

Ubaida Abou Khazima, a Hama-based activist, said despite the rebels’ withdrawal from Halfaya, they still control the nearby villages and are expected to return to take back the town.

The capture of Halfaya, which rebels seized only last month, comes after the town was bombarded with hundreds of airstrikes and shells, according to the activist.

Regime forces last week expanded their control over territory in Hama along the strategic western highway between Damascus and Aleppo.

The Syrian army’s advance into the strategic town of Taybet al-Imam, which began on Thursday, continues to face fierce resistance by rebels, who were able to halt its push.

Dozens of aerial and heavy artillery strikes also hit the nearby towns of Kafr Zita and Al-Lataminah, killing two children. Meanwhile, thousands of families have fled the fighting in the last few days.